Back in 2016, I switched from a portfolio to a blog. The purpose was to improve my ranking on Google so I could have some visibility on the Internet.

The problem was and still is, that there are many Nicolas Thiry, so I tried to have some visibility. As I was working with some very talented SEO analysts, they suggested that I had to switch to a blog and publish regularly new content.

Since SEO was new to me, I spent a lot of time on it at the expense of the design. Below is a screenshot of the previous design. 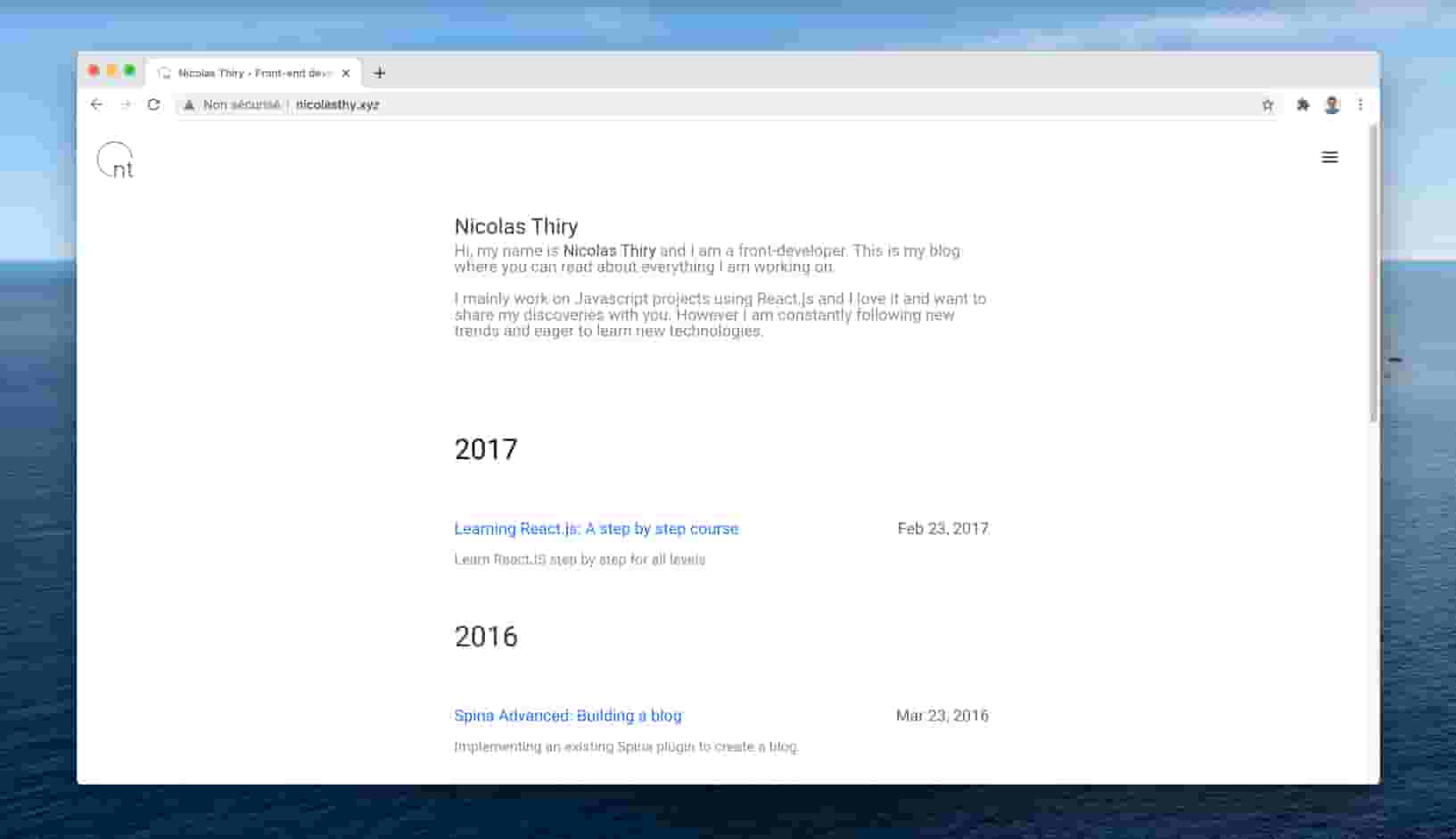 As you can notice, it was extremely simple and I even admitted that it was an enhanced version of a template from Alex Carpenter.

Since then, I have worked with other front-end developers and designers. I believe now is the time to publish a new version that showcases my skills as a front-end/creative developer. 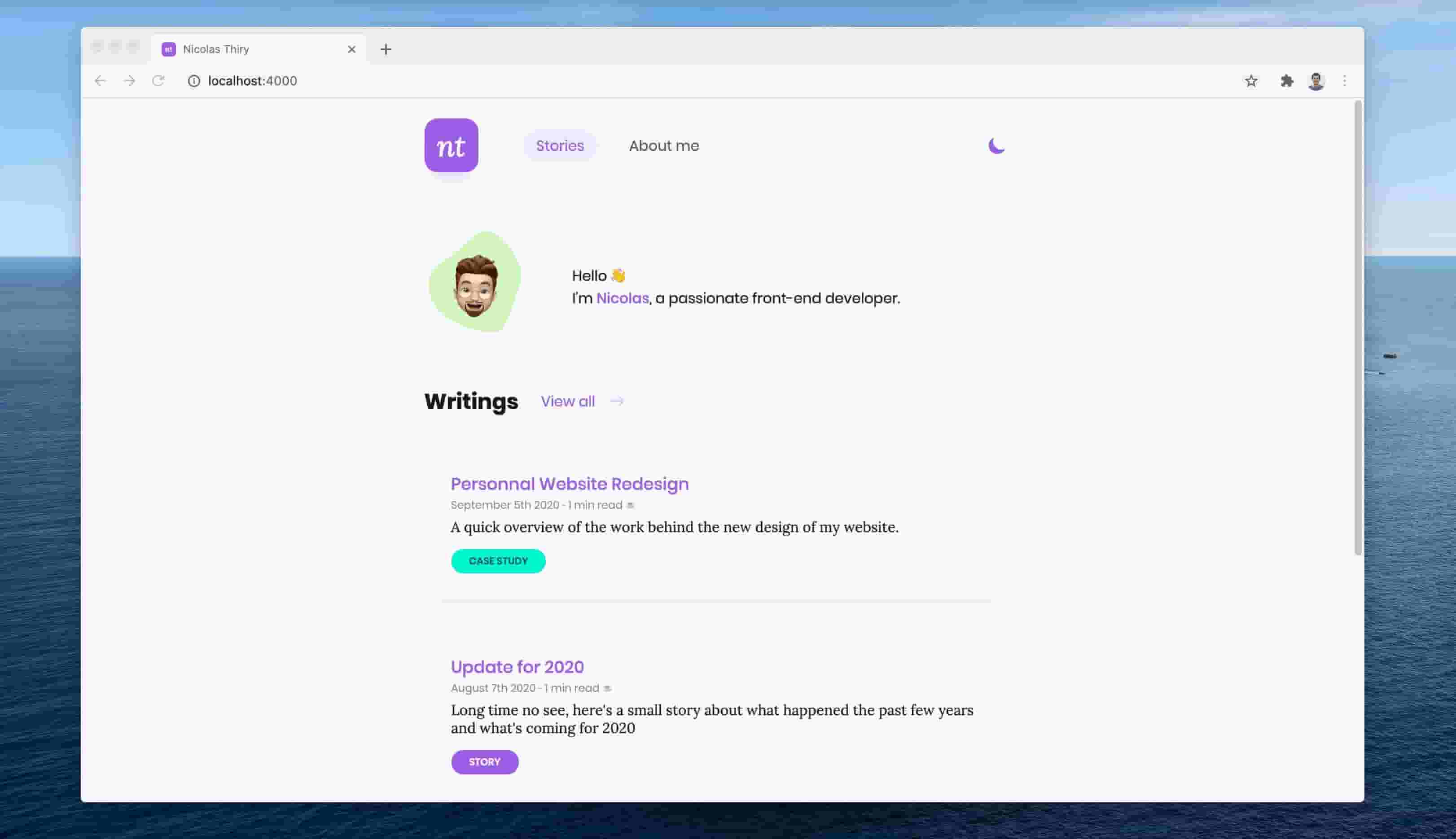 In this post, I will explain the work behind the new design of my blog.

I wanted to find myself an identity for this site. Something that would embrace things that have been inspiring me lately.

To give some context, I was a fan of basketball when I was a kid. I always wanted to have a basketball hoop so I could train every day. Instead of that, I had a small one in my basement growing up and had several NBA games on Gamecube (NBA street & NBA Courtside 2002).

A few years ago, I discovered Pigalle's basketball court and instantly fell in love with its style. If you've seen my Twitter or LinkedIn profile, you might have noticed that my cover picture is a picture of the court. 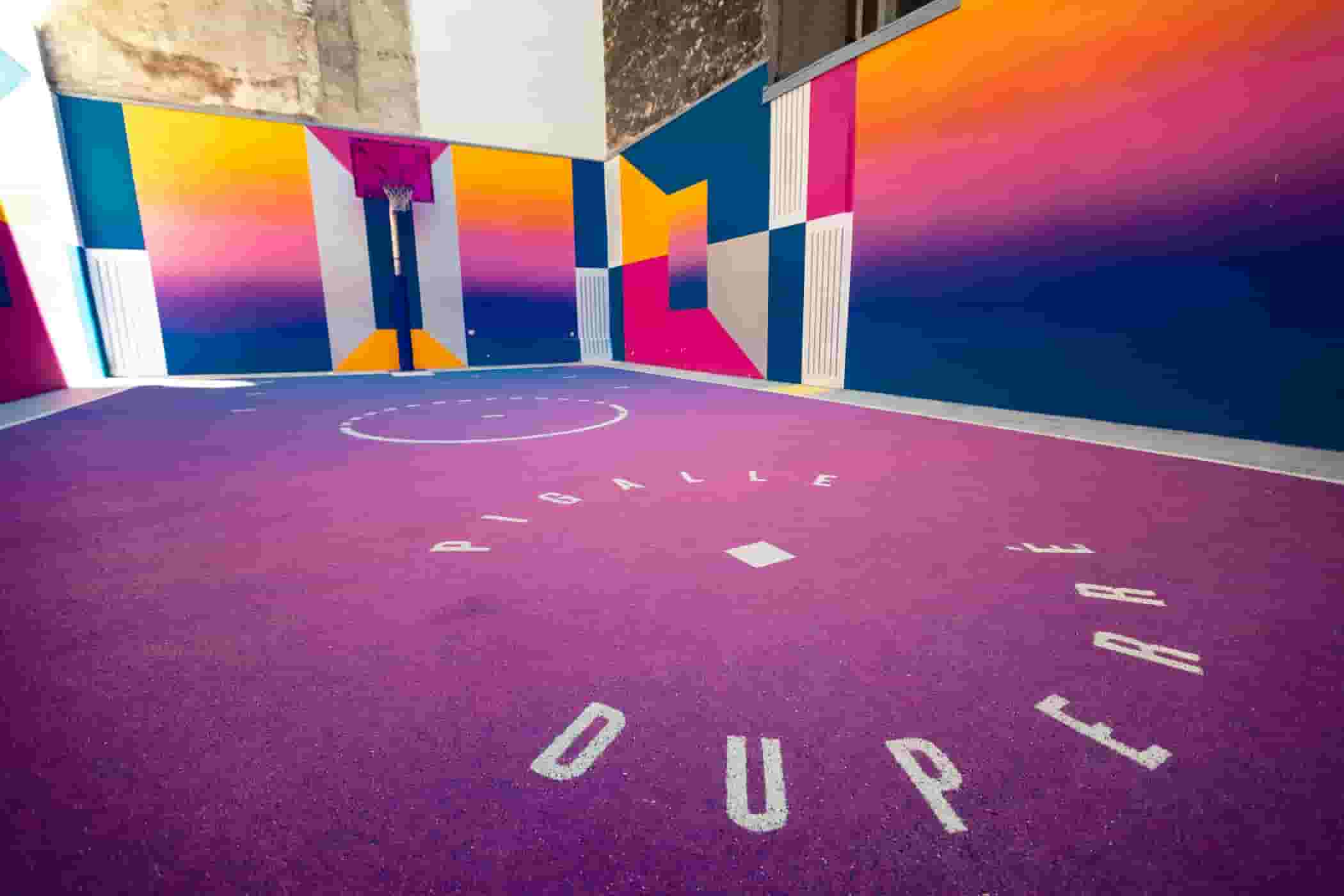 Its design has changed over the past few years and I keep loving everything they have done with it. It has a bold identity mixing both shapes and amazing color palettes. 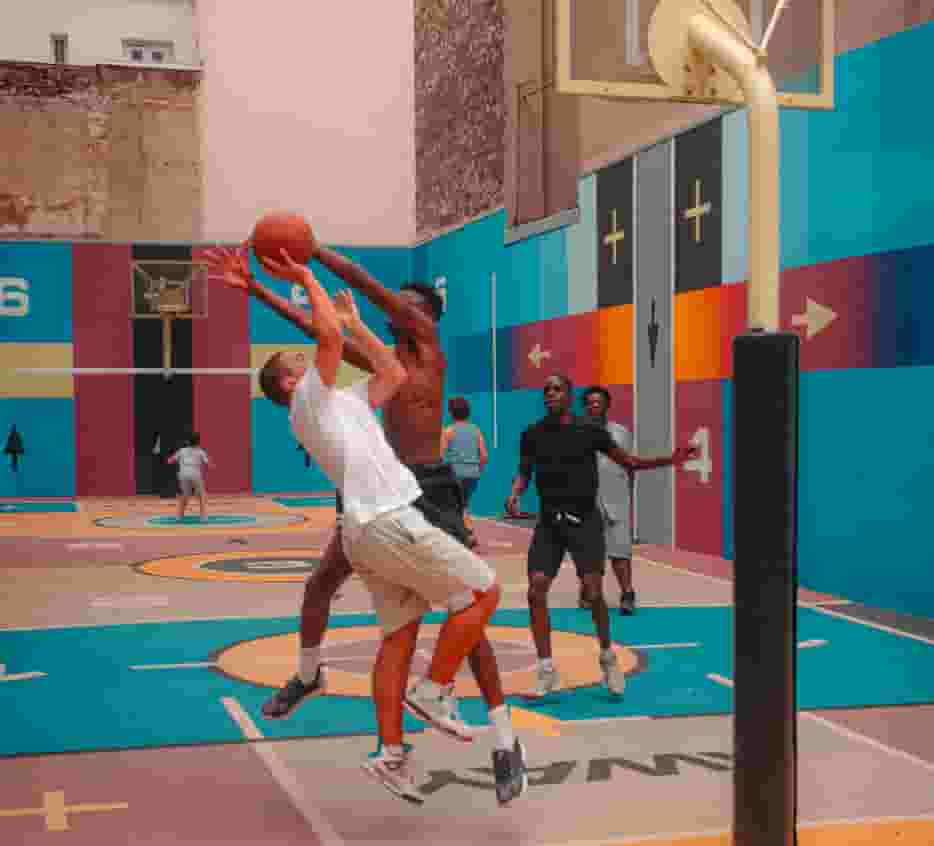 Over the years, Pigalle Basketball has become a brand and they have created more courts all over the world. In addition to the one rue Dupéré in Paris, there is one in Mexico and Beijing that has inspired me with its color palette. 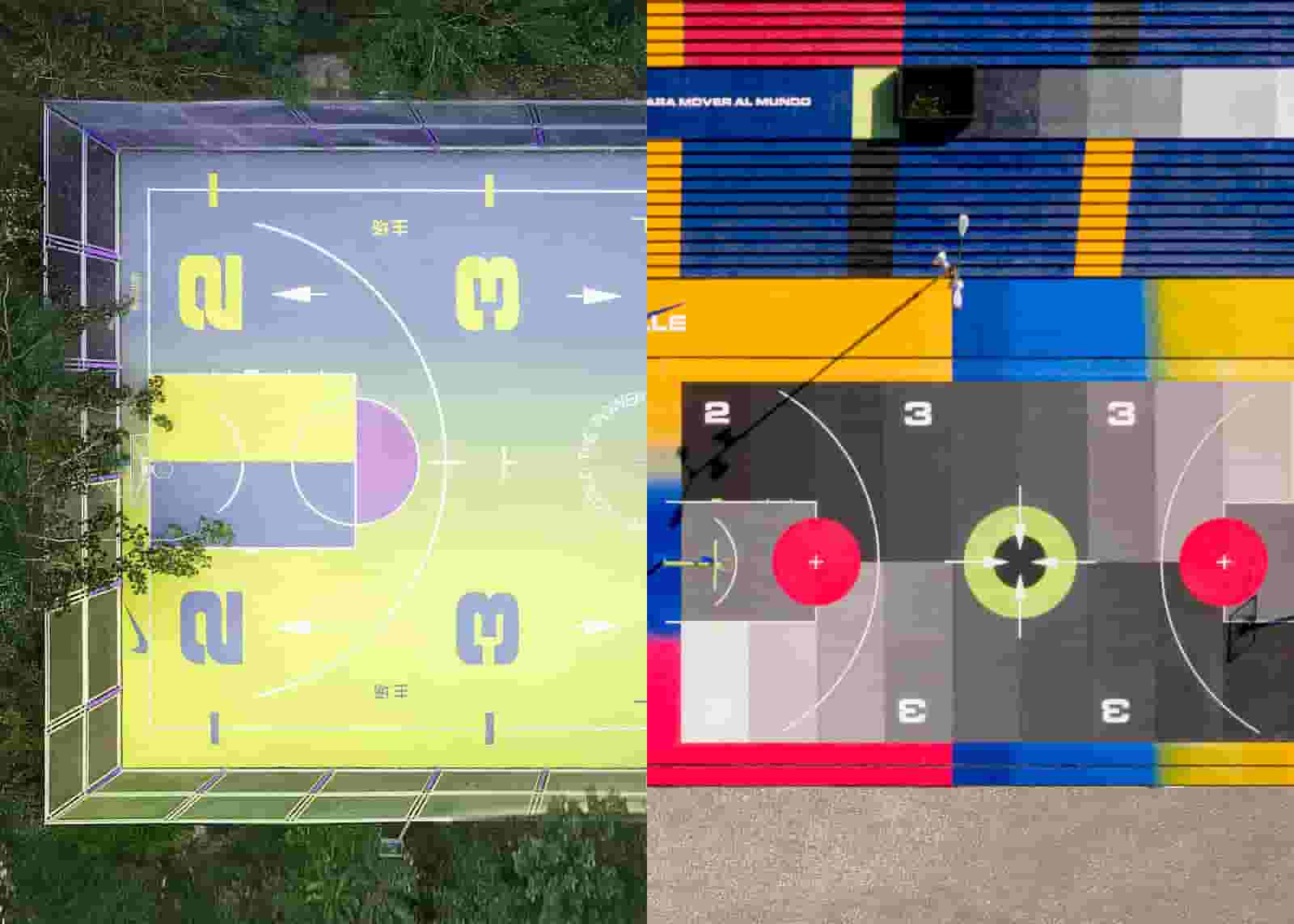 I think you've got the point. Pigalle Basketball has been my number one inspiration. I wanted something colorful with bold colors.

Now that I had the colors, I needed to find the overall style of the design. There has been a trend lately using "blobby" 3D characters giving a cartoon and fun atmosphere.

I'm no design history expert, so I don't know who initiated this trend, but for me, my reference is Romain Briaux. He has done amazing work for Lunchr, Maze, Powder, and many more! You may have seen some of his work on Dribbble's homepage. 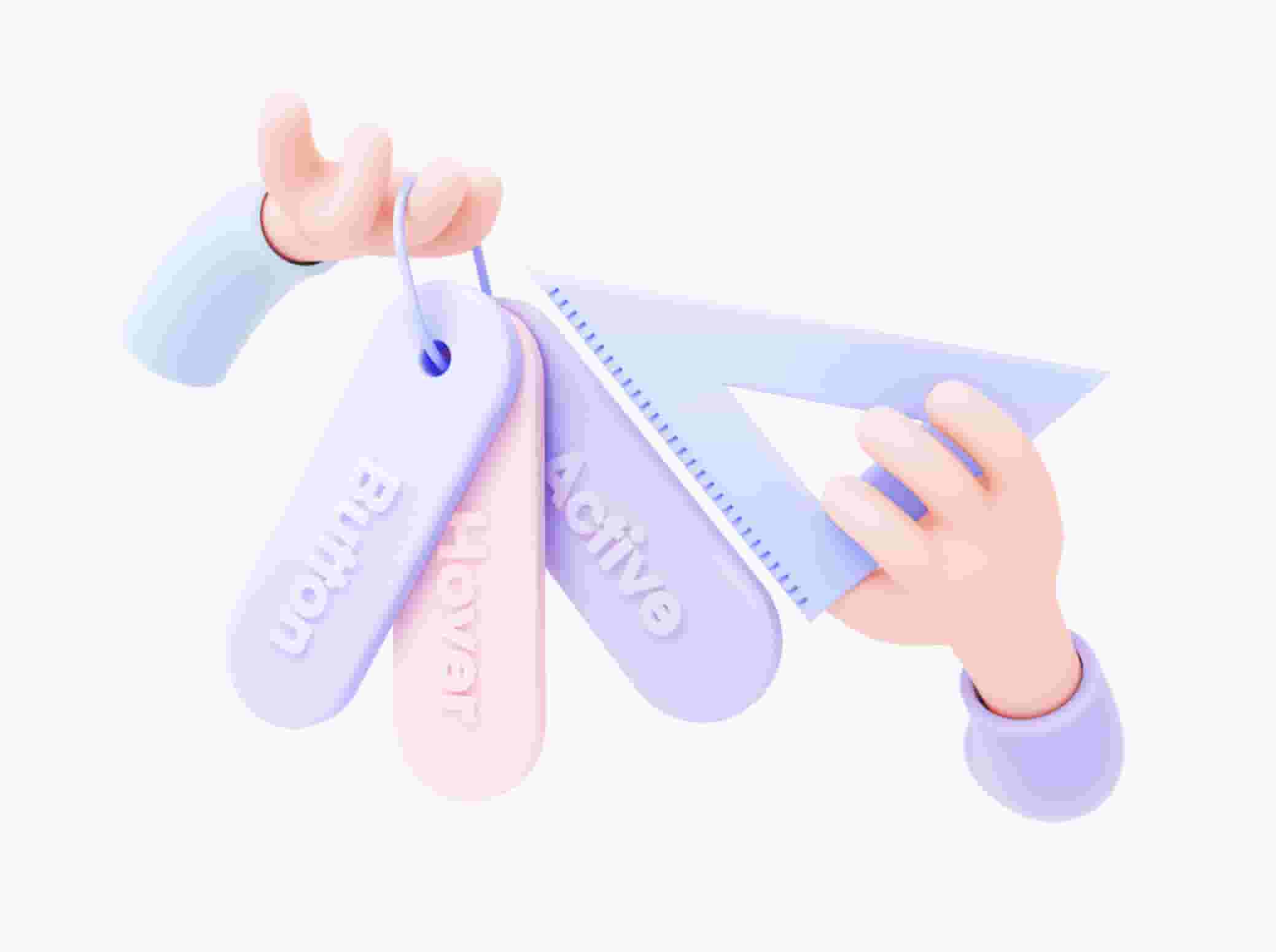 I do not have the 3D skills anymore to do such work, so I used it as an inspiration for the components of my site: big border radiuses, large hover shadows, and blobs. A nice combo to give a fun "toon" style.

I am really happy with the outcome, I hope you enjoy it too. Feel free to give some feedback by reaching out on Twitter!

I will be talking more about the technical decisions later since I would like to elaborate more about each library I have used and write clean tutorials on how to use them in a React.js environment.

This site is my personal space where I write and share things that I enjoy working with. If you liked it and want to share some feedback, send me a message on Twitter!

You can get in touch with me on Twitter @nicolasthy

Or discover more on the following platforms: